U.S. Has Lost More Lives to Covid This Year Than Last – The New York Times – coronasagauk
Skip to content

U.S. Has Lost More Lives to Covid This Year Than Last – The New York Times

U.S. Has Lost More Lives to Covid This Year… 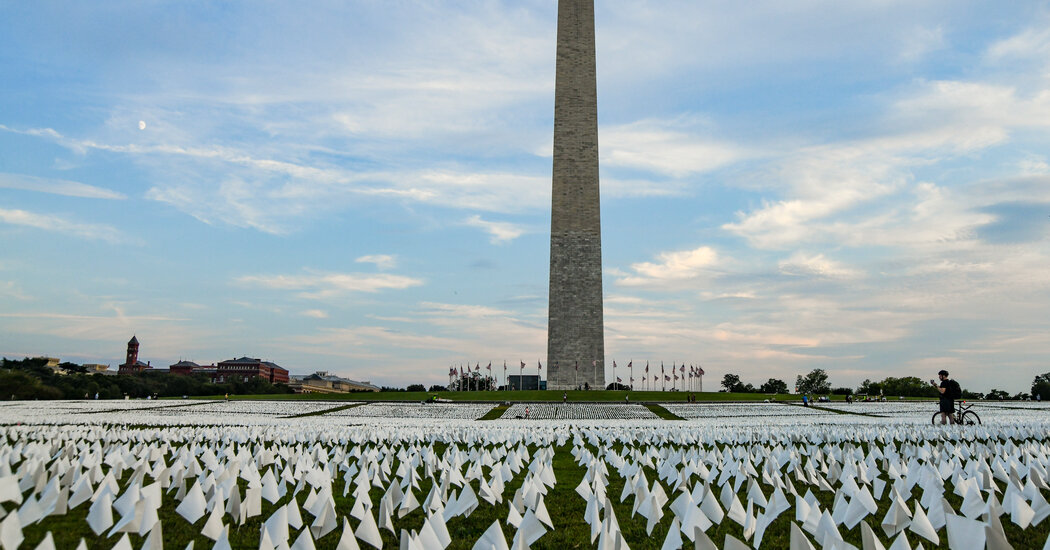 This was supposed to be the year vaccines brought the pandemic under control. Instead, more people in the United States have died from Covid-19 this year than died last year, before vaccines were available.

As of Tuesday, the Centers for Disease Control and Prevention had recorded 386,233 deaths involving Covid-19 in 2021, compared with 385,343 in 2020. The final number for this year will be higher, not only because there is more than a month left but because it takes time for local agencies to report deaths to the C.D.C.

Covid-19 has also accounted for a higher percentage of U.S. deaths this year than it did last year: about 13 percent compared with 11 percent.

Experts say the higher death toll is a result of a confluence of factors: most crucially lower-than-needed vaccination rates, but also the relaxation of everyday precautions, like masks and social distancing, and the rise of the highly contagious Delta variant.

Essentially, public health experts said, many Americans are behaving as though Covid-19 is now a manageable, endemic disease rather than a crisis — a transition that will happen eventually but has not happened yet.

Yet many are also refusing to get vaccinated in the numbers required to make that transition to what scientists call “endemicity,” which would mean the virus would still circulate at a lower level with periodic increases and decreases, but not spike in the devastating cycles that have characterized the pandemic. Just 59 percent of Americans are fully vaccinated, the lowest rate of any Group of 7 nation.

“We have the very unfortunate situation of not a high level of vaccine coverage and basically, in most places, a return to normal behaviors that put people at greater risk of coming in contact with the virus,” said Jennifer Nuzzo, an epidemiologist and senior scholar at the Johns Hopkins Center for Health Security. “If you take no protections whatsoever, you have a virus that is capable of moving faster and you have dangerous gaps in immunity, that adds up to, unfortunately, a lot of continued serious illness and deaths.”

Dr. Celine Gounder, an infectious disease specialist at Bellevue Hospital Center, estimated that roughly 15 percent of the U.S. population might have immunity from prior infection, which is not as strong or durable as immunity from vaccines.

Many of those people have also been vaccinated, but even assuming the two groups didn’t overlap and so 74 percent of Americans had some level of immunity, that still would not be enough to end the pandemic, said Dr. Gounder. It would probably take an 85 to 90 percent vaccination rate to make the coronavirus endemic, she said.

“When vaccines rolled out, people in their minds said, ‘Covid is over,’” Dr. Gounder said. “And so even if not enough people are vaccinated, their behavior returned — at least for some people — to more normal, and with that changing behavior you have an increase in transmission.”

Some news outlets reported last week that confirmed 2021 deaths had surpassed 2020 deaths. Those reports stemmed from counts of deaths based on when the deaths were reported, not when they happened — meaning some deaths from late 2020 were counted in early 2021. The C.D.C. counts, which did not show that mark being reached until this week, are more accurate because they are based on the dates on death certificates.